The news came yesterday morning via email from our country of service. There had been an attack Monday night in the town where we lived and served for 20 years. A pastor of the SIM-related church was abducted along with several young people, including at least two of his own children. Omar had lived there since the late 1990’s or early 2000’s. His wife and two other children were not taken. Their older three children are students in the capital and so were also safe. We saw Omar for the first time in years just two weeks ago, right before our return to the States. Why, Lord? How long will this violence continue?

But that wasn’t all the news. in that same attack Monday night, a dear friend was killed. Babribillé (Bab) Lankoande was a few years older than us, a wise and faithful friend who had already moved his family to S. when we moved there in the early 80’s. He was not of the people group we had gone there to minister to, and he suffered a lot of abuse from them because of his ethnicity and his connections with the missionaries. He was a colleague in the ministry, all through the lean years of meager results as we sowed the seeds of the Gospel in hard soil. He had never been to Bible school and felt inadequate to preach, but when he did, the simple truths of the Word came through clearly. He continued on after we left, faithfully living out the Gospel to the people around him, who had grown to respect him, even if  deep ethnic resentments still remained. Bab’s wife, Bilarga, who had worked in our home and whose kids grew up with ours, died a number of years ago. Bab himself was recently in poor health, though still in his mid-60’s. We haven’t heard about any other of his family members who might have been there, but Bab has preceded us to heaven. Why, Lord? What good purpose can be served by his death? 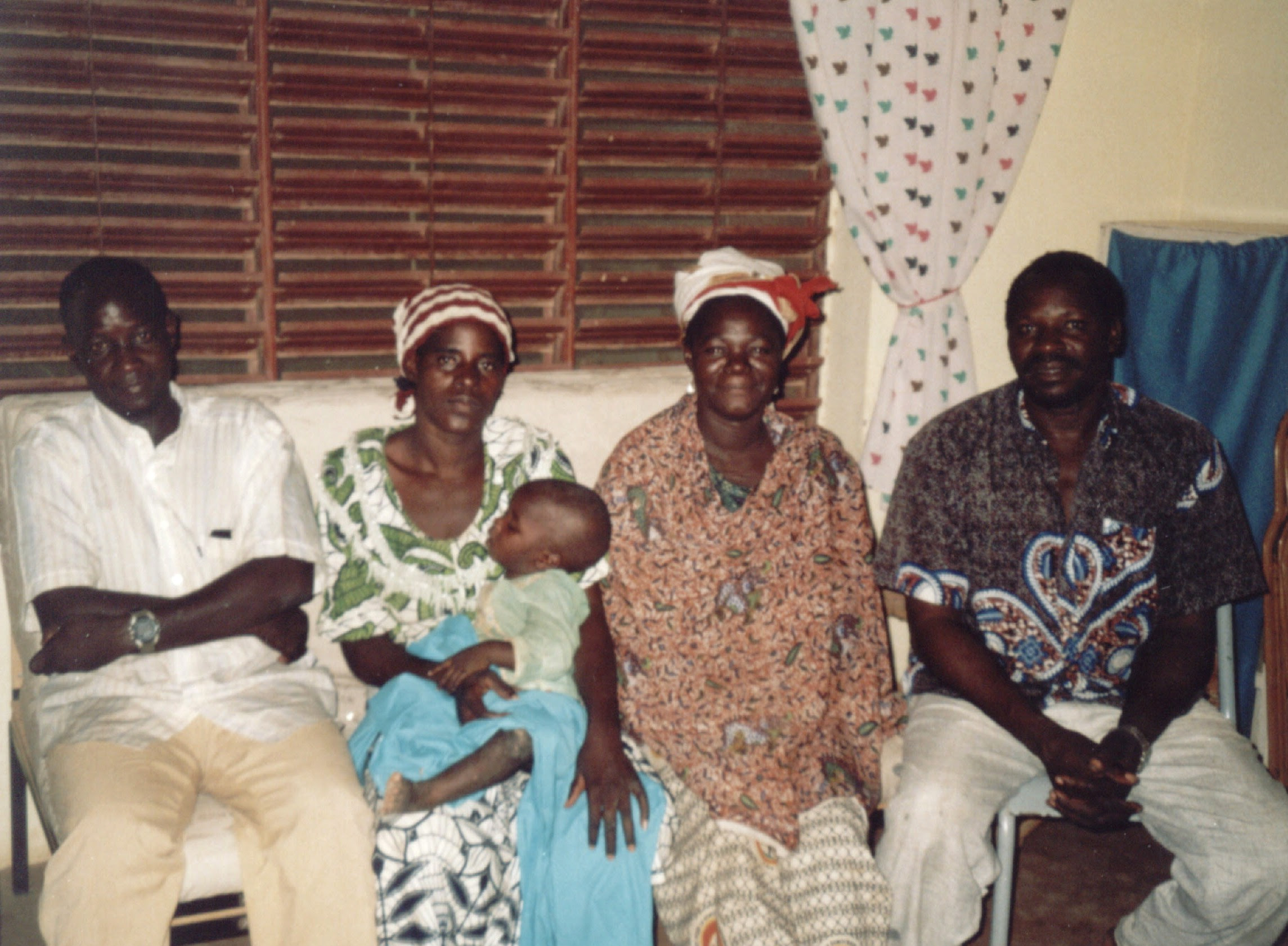 This loss cuts deep. Bab has seven kids scattered around the country, as well as grandkids. His presence at S. through the years was a tremendous help to us as missionaries trying to persevere in a hard place. He helped us understand culture and patiently encouraged us even when we made mistakes. He stood with us faithfully and often gave of himself for the new believers, even when they betrayed him. You won’t read about him in the history books and this attack may not even be mentioned in the national news of the country, but he stands tall in our hearts. And we hurt. We hurt for his kids and grandkids. We hurt for the community in which he lived for almost 40 years. The violence has become far too personal. We hurt that we’re not physically there to stand with our brothers and sisters. Why, Lord? How long, Lord?

We can’t explain God’s workings, but we don’t grieve as the world grieves. We know He is sovereign and that He is working out His purposes in the world. We grieve with gratitude as we remember Bab’s life and look forward to our reunion one day.

* His blessing on the three weeks we spent in our country of service in January. We cherished rich times of fun, fellowship and prayer with members of our team, as well as spending time with a number of close local friends. George was able to finish a couple of crucial security modifications to the SIM office complex, and we were also able to arrange our affairs for an extended absence. There were mixed emotions as we said goodbye to people, hoping to go back but having no idea at this point when that will be. Everyone understands our need to be with our family in the U.S. for the next while, which makes it easier, and the Lord has made His leading clear for this next step in our lives.

* The Make-A-Wish trip that Samuel and his parents and siblings enjoyed last week at Legoland and Disney World in Florida. It was a fun time and a chance for them to make some special family memories.

* A special 3-day getaway we enjoyed in the mountains (thanks to the kindness of good friends) while Brent & Susan and family were in Florida.

* Daily strength and encouragement for Samuel, and also for George’s brother Hal, in their journeys with cancer. Pray also for their families walking this difficult road.

* God’s guidance for us in how to best help and support our family during this time of special need; also for discernment to see possible ways to serve with SIM while we’re here in the U.S.

* God’s comfort for Bab’s family and many others deeply grieving, His strengthening of the church in the midst of suffering, and for many who now persecute Christians to bow before JESUS as Lord and Savior.

* Sustaining grace for Omar, Ken Elliott, Jeff Woodke, and the many others being held hostage.

Thank you for standing with us in the battle,
George & Kathy

So many of you have written saying you are praying. Our deep heart-felt thanks. We just couldn’t write the news yesterday, but you need to hear the latest.
At first, the news (yesterday) was that two of the young people abducted, the two young ladies in the group, had been released. Joy! But then, as the church president expressed it, like a clap of thunder came the word that the remaining five, Omar and the young men (including one of his sons), had been killed. Their captivity is over. But their families suffer. And the region is full of confusion and fear.
Pray for the families of Bab and Omar, as well as those of the other young men who died. Pray for the healing of deep heart wounds. And pray for the country as it groans with the senseless bloodshed carried out by deceived men. May God have mercy on their souls! May their eyes be opened to the truth and the light shine in the darkness.
Meanwhile, our missionary team is also being buffeted by unusual health crises. One of our teen-aged boys had to be med-evacuated to Paris for surgery on a seriously infected ankle. Thankfully, he is doing much better now, and he and his father hope to return to the country next week. Please pray for one of our young mothers who is currently suffering with serious health issues.
In all these situations, we pray to our Sovereign Lord, “Your kingdom come, Your will be done, on earth as it is in heaven.”

Trusting in the Faithful One,
George & Kathy